This is a recent interview that was conducted with Matthew about Facebook advertising that we thought readers of our blog would find interesting.

Matthew Holmes is a business owner and educator with over 20 years of experience. These days he spends most of this time helping businesses get more clients using online marketing strategies like Facebook and Adwords through his company chmstrategy.

Why should people look at Facebook as a way to market their business?

The number of people on the platform. The decision to include any marketing platform in your marketing efforts should be based on whether the people you want to reach are on that platform. So it may actually be that Facebook isn’t the platform for you. However for most businesses it is somewhere you need to be.

The primary reason is the number of people on the platform and then the specificity with which you can target those people. Let’s break that down a little bit more. 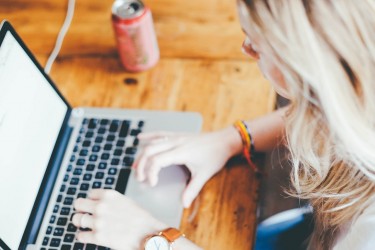 Interestingly, even for those adults that aren’t on Facebook, most of them live with someone who is. So there’s a good chance even if people aren’t on the platform themselves, they will still hear about your message from the person in the household that is.

The other point is the specificity with which you can target people. If you want to attract runners to sell a particular type of running shoe, then you can target people who have shown Facebook that they have an interest in running, jogging or triathlons. By only showing your adverts to people who are likely to be interested in them, you reduce your ad costs and thereby improve your advertising return.

In some circumstances it isn’t the right place to advertise. Sometimes we’ve found that businesses in small country towns simply don’t have enough people on Facebook in their area to effectively run ads, particularly to targeted groups. In that case they have to run more general ads or find other ways to reach their audience.

Another situation is when the business doesn’t have their internal systems optimised to handle the new lead or sales enquiries, or they aren’t retaining their clients effectively and they can’t afford to spend money on new client generation. In that situation people have internal issues they need to fix first.

What about people who have tried Facebook and not had results?

They may also be confused about what constitutes Facebook advertising. We’re referring to doing specific targeted paid ads on Facebook with defined conversion criteria. I often have people say they’ve tried Facebook advertising and all they mean is they’ve published some posts on their business page or done a few boosted posts. Don’t give up on Facebook if that’s all you’ve done.

What’s the first step people need to take when they market on Facebook?

Facebook is like any marketing channel, so readers need to define clearly their target market. The more targeted and defined you can be, the more successful you’re likely to be.

So, don’t just go for everyone, niche it down. Let’s say you’re a health business. Decide maybe to target people with headaches. If you’re in a larger city, I would define that even further. Migraine headaches would be better. The reason being, the more targeted the message you deliver to those people, the better your response rate will be. It enables you to speak to the exact problem they have. The downside is that as you narrow your focus, you may reduce the size of your audience too much which can mean you can’t advertise effectively.

Why is too small an audience a problem?

Facebook has a minimum spend per day for most ad groups which will mean that your ad will be shown to a minimum number of people. If the group is too small you can churn through those people in only a few days which isn’t really a sustainable campaign.

Also if the ad size is very small Facebook will just refuse to let you advertise to that group.

Some other points on choosing a niche, be sure to make sure you choose one that has a big enough problem that they will be motivated to do something about it. Generally we find people are much more motivated to fix a pain than they are to gain a benefit.

Lastly, make sure the niche you choose has the money to afford your services!

So they have their target niche. What’s next? Do we set up our Facebook ads?

That can be what people think, but there’s a few things they have to do first!

They need to define the pain points and the desires and wants of their audience. Like I said before, people will be more motivated to fix a pain, so spend more time on that. From there you can then craft the offer that will fix the pain.

Also define the interests your target group is likely to have. This will allow you to target them on Facebook.

You may be tempted to send people straight to your homepage on your website. Don’t! That’s one of the biggest mistakes we see people making. Sending people to generic pages tends to drive down conversions and thereby increase your ad costs per new lead. Make sure you build a dedicated landing page. Make sure it looks great on mobile phones too.

Then think about how you’re going to handle the enquiries once they come in. We generally recommend feeding them into an email management system like ActiveCampaign and then sending them automated follow up emails. This helps keep them “warm” until your team can follow up with them.

You also need to look at how you’re going to track the results of the campaigns. Not tracking conversions can mean you’re flying blind as to the success of the ads, particularly around phone calls (rather than form based enquiries). Facebook offers conversion tracking through a thing called the Facebook pixel. We recommend setting that up alongside Google Analytics tracking as the Facebook tracking can be inaccurate at times.

Once that’s all decided and setup you’re ready to create your ads.

How do we go about that?

First of all, choose the type of ad you want. Facebook sets that by the Campaign Objective. Most of the time you’ll choose Website Conversions, but sometimes Website Views will be the one to choose if you can’t get the conversion tracking in place.

Facebook has a pretty good tool that will guide you through the process of creating the actual ads themselves. In the Ad group section set the audience targeting and budget to what works for you. We generally set the ad placements to just newsfeed ads.

You then need the images for the ads. They need to be 1200 pixels wide and 628 pixels high and shouldn’t have too much text on them – less than 10% ideally.

Lastly you’ll need the ad Text, Headline, Link and Description. Create these to be as engaging as possible.

Once that’s all done, set your ads live. Hopefully Facebook will approve them and get them running. Be sure to monitor them and the effectiveness of your images and landing pages to improve your conversions over time.

Where can people get more help if they need it?

We have a complete Facebook Ad Campaign Blueprint. It outlines a complete Facebook marketing strategy – the same one we use for our top-level clients and that has generated over $15,000 a month in new client leads. To get your copy click the link below. 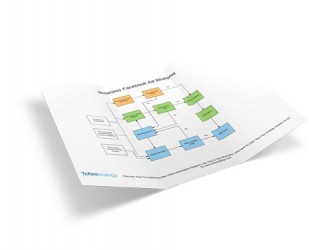 View all posts by Matthew →

As a business owner, CEO or sales manager you know what makes your business tick. We're here to help you take your plans and dreams and make them a reality.

In your Strategic Focus Session we'll discuss your goals, your current marketing systems and the roadblocks to your success. We'll then create you a detailed strategy to help you achieve the growth you're after. It outlines a complete Facebook marketing strategy - the same one we use for our top-level clients and that has generated over $15,000 a month in new client leads.